Over the past 20 years The Gerry & Nancy Pencer Brain Trust has carried out a range of exciting fundraising events. Our annual spring gala was always the highlight. With up to 1000 guests in attendance and a fabulous new theme each season, our galas blossomed into one of the hottest tickets on the Toronto party circuit. Our other events such as a Fashion Show, a Comedy Show and, for the first 10 years, our annual Golf Tournament, helped to round off our fundraising efforts. When adding in General, Tribute and In Memoriam donations, we are proud to report that in our 20 years of fundraising, we raised net proceeds of more than $12.5 Million to support ongoing research and patient care at The Gerry & Nancy Pencer Brain Tumor Centre at Princess Margaret Cancer Centre.  We couldn’t have reached this amazing accomplishment without the help of our many supporters. THANK YOU!

After 15 years of successful Galas to raise funds for The Pencer Brain Tumor Centre at Princess Margaret we decided to keep costs to an absolute minimum by asking our valued supporters to make a gift without attending an event. No invitations, no party, no food, no entertainment… ensuring that every dollar received goes directly to helping patients and their families facing the devastating diagnosis of a brain tumor.

The response to our “Un-Gala” has been nothing short of remarkable! It is so deeply gratifying to see that our friends recognize the critical work of The Pencer Centre and the tremendous difference it makes for patients with brain tumors.  We have raised over $625,000 net in support of The Pencer Brain Tumor Centre at Princess Margaret Cancer Centre! 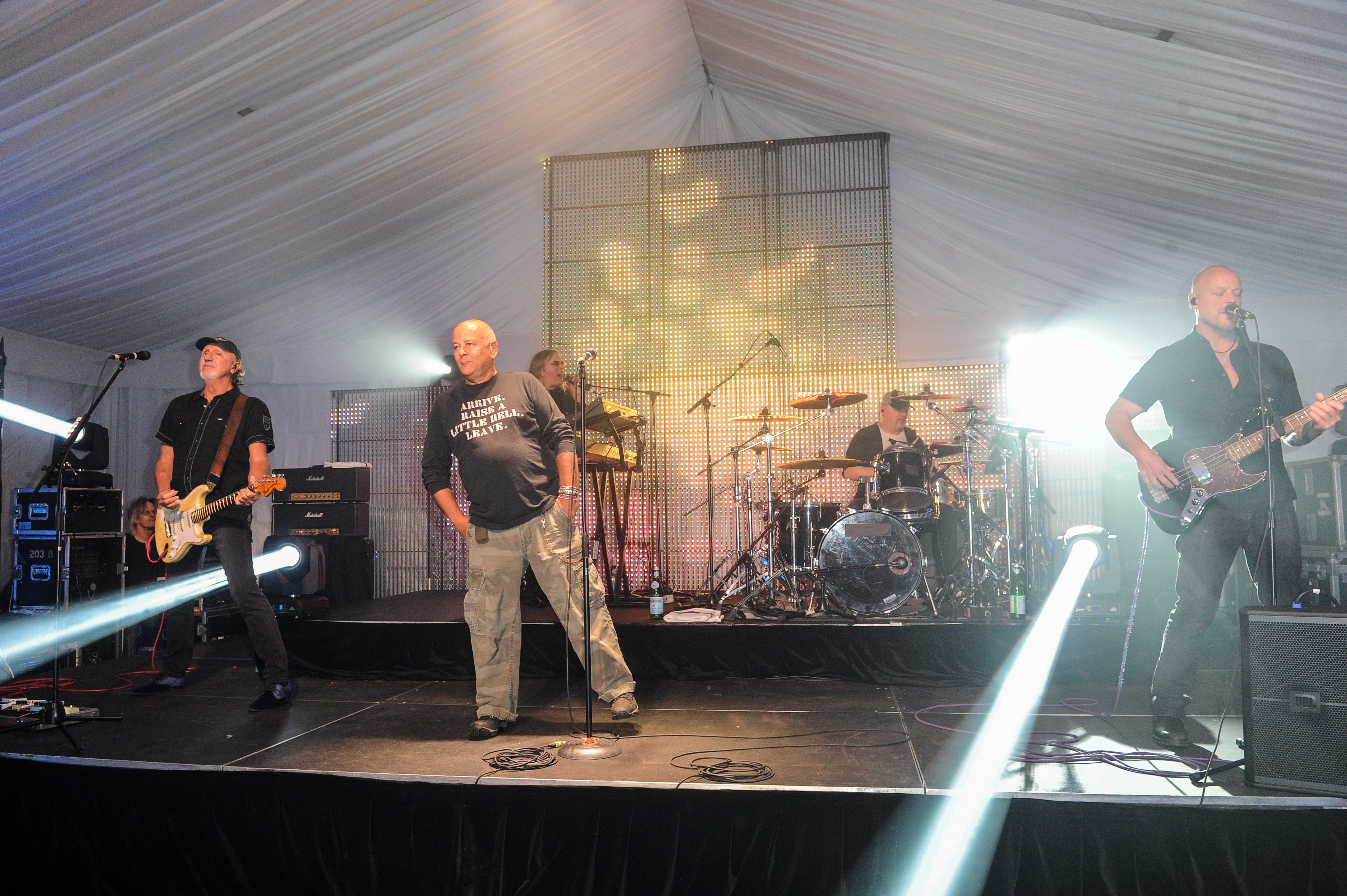 On June 3rd, 2015 our "Raise a Little Health" gala proved to be everything we had hoped for with more than 300 guests and a party that Gerry would have loved! The evening featured Trooper, one of Canada's most popular and iconic rock bands, who performed one of their greatest hits, "We're here for a good time", which epitomized Gerry's life, and became the theme song in his fight against brain cancer. Over $550,000 net was raised in support of The Pencer Brain Tumor Centre at Princess Margaret Cancer Centre. 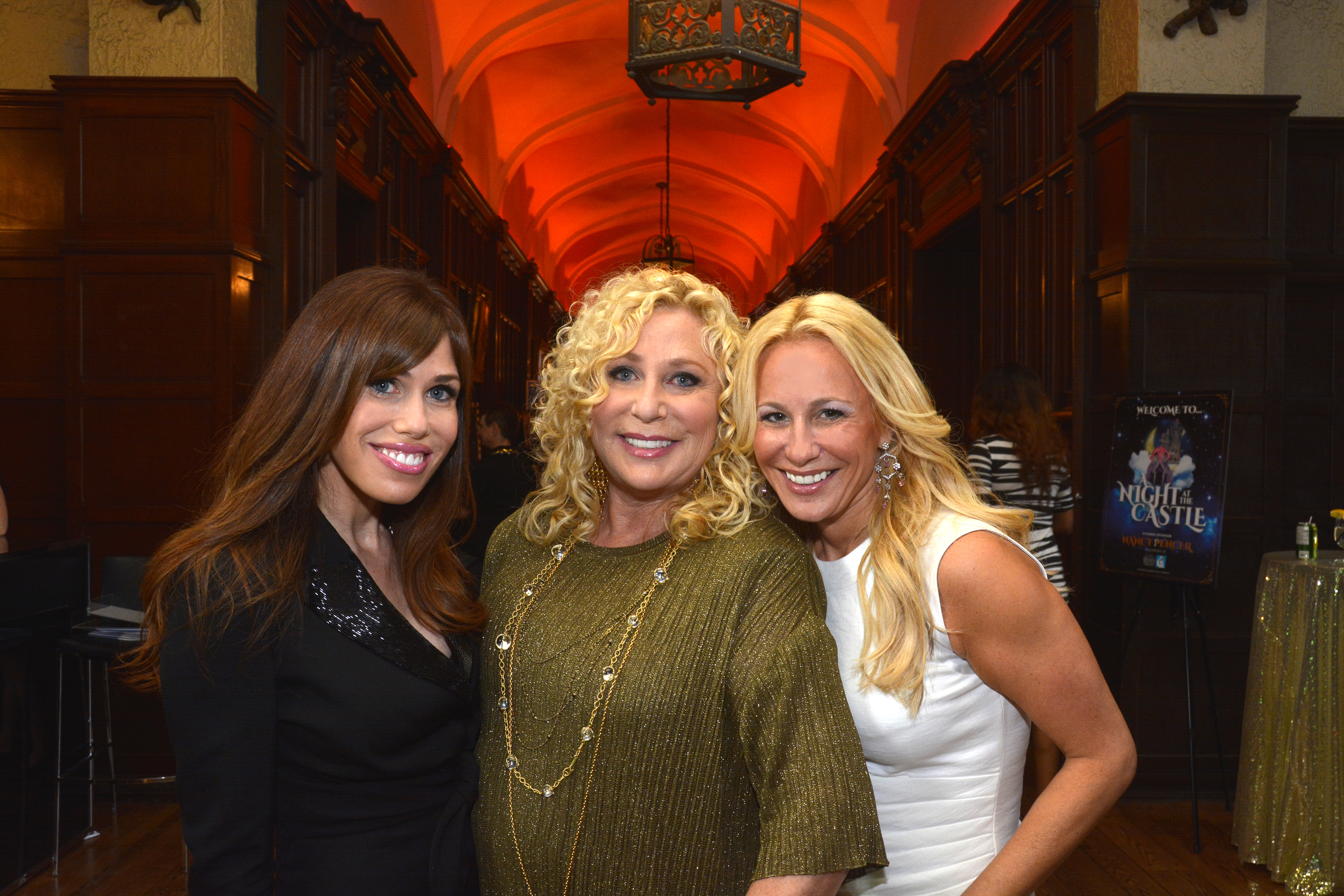 Our Night at the Castle event was outrageous! Our most eclectic fundraising event EVER, over 500 guests reveled in an evening of cocktails, cabaret and casino while experiencing moments of mystery and laugh-out-loud antics. The evening culminated with over $550,000 net in support of The Pencer Brain Tumor Centre at Princess Margaret Cancer Centre. 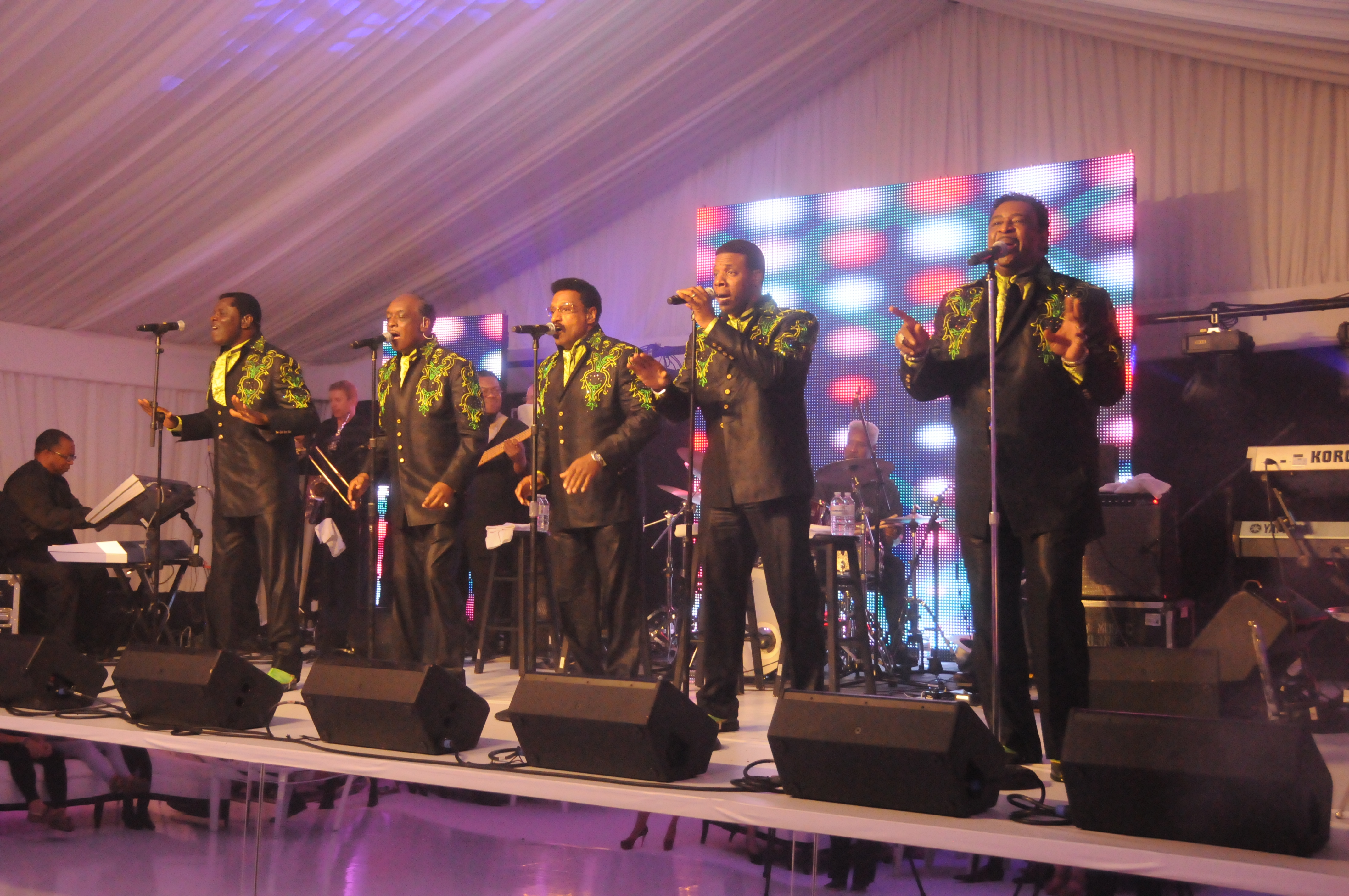 On May 29, 2013 we held our Raising the Bar gala fundraiser, a scaled down, much more intimate party, in hopes to produce significantly more net dollars. This being the event's 13th year, our goal was to bring together our friends and supporters to celebrate Gerry's life and "Raise the Bar" in his honour. Highlights from the evening included a packed dance floor courtesy of The Temptations Revue. We were thrilled that proceeds from Raising the Bar exceeded our goal and helped us raise the most significant funds to date.

Shortly before 2013 came to a close, we presented Princess Margaret Cancer Centre with our cheque for $1Million, which they generously matched, dollar for dollar, making a landmark contribution of $2Million for Pencer Centre funds. 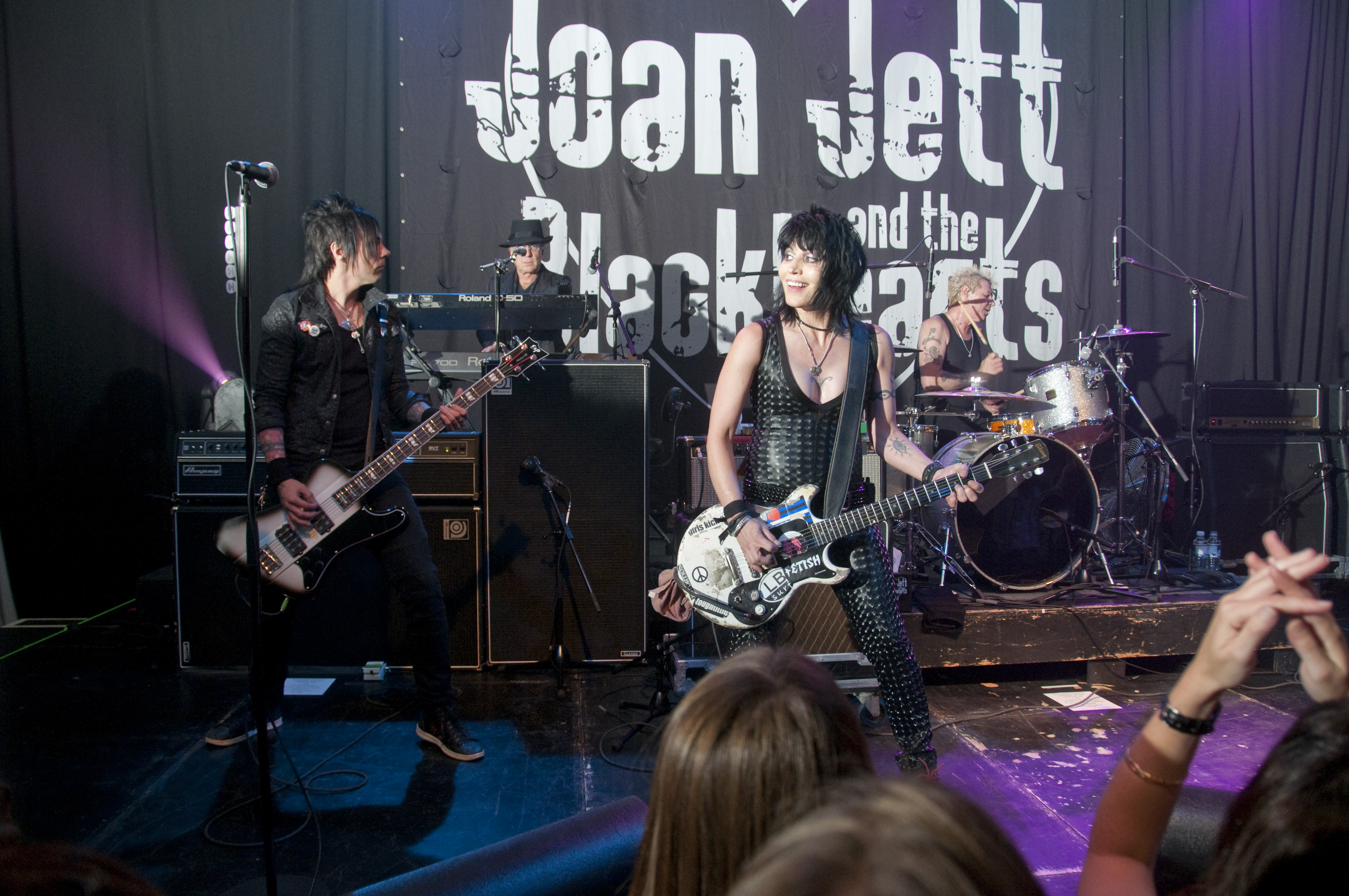 ROCK was 'Off the Charts' and, as promised, took our Patrons to the edge and back! The evening began on May 30, 2012 with an exclusive Supper Under the Stars (for key sponsors of $14,000 and above), featuring an unplugged performance by Grammy-award winning singer-songwriter Marc Cohn of 'Walking in Memphis' fame. The party continued with amazing Food and Drink, Rock Boxes and Raffle in 'The Viper Room', as our crowd of 700 Rocked out to Grammy-Nominated Queen of Rock and Roll herself, Joan Jett and the Blackhearts! To up the Rock Factor, guests were also treated to smashing performances by 'Rock of Ages' and 'We Will Rock You' cast-members. The evening culminated in over $350,000 in proceeds to benefit patient care, support services and cutting edge research at The Gerry & Nancy Pencer Brain Tumor Centre at Princess Margaret Cancer Centre. Our May 25, 2011 DISCO gala was exactly as promised, sheer outrageous fun! Fabulous food and drink were flowing as a 70’s-clad crowd of 650 patrons danced up a storm to the legendary Village People. Even the torrential downpour couldn’t dampen the mood at DISCO. The evening raised over $500,000 in net proceeds to benefit patient care, support services and cutting edge research at The Gerry & Nancy Pencer Brain Tumor Centre at Princess Margaret Cancer Centre. 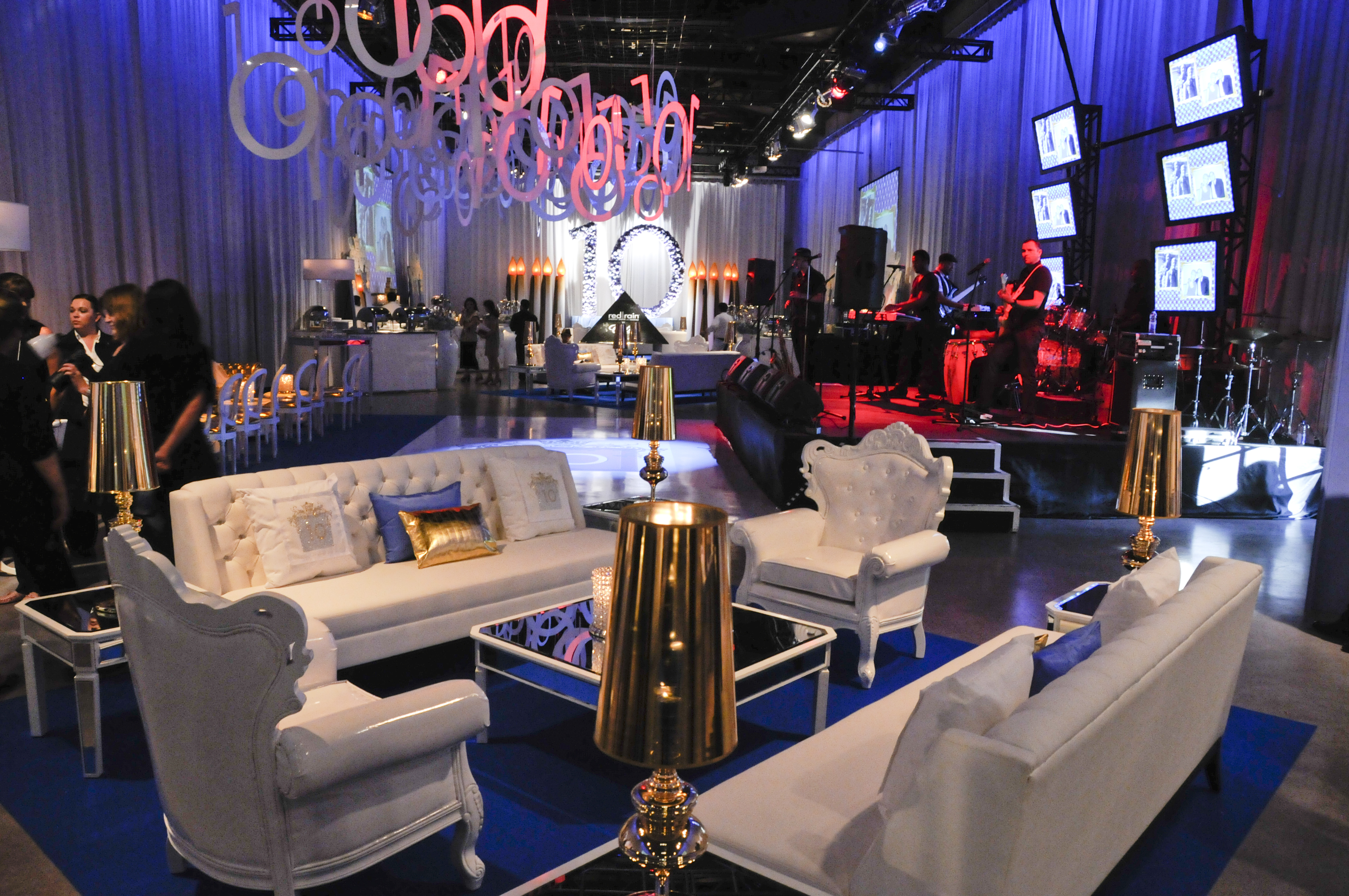 On Wednesday May 26, 2010 The Pencer Brain Trust proudly presented ‘TEN’ at The Liberty Grand Entertainment Complex in Toronto. This historic Tenth Anniversary Fête celebrated 10 Years of annual gala fundraisers in support of The Gerry & Nancy Pencer Brain Tumor Centre at Princess Margaret Cancer Centre. Thanks to our donors and supporters, in our decade-long run, the annual Brain Trust gala has become a staple on the Toronto party circuit and we are thrilled to celebrate net earnings in excess of $5.1 million for our great cause. 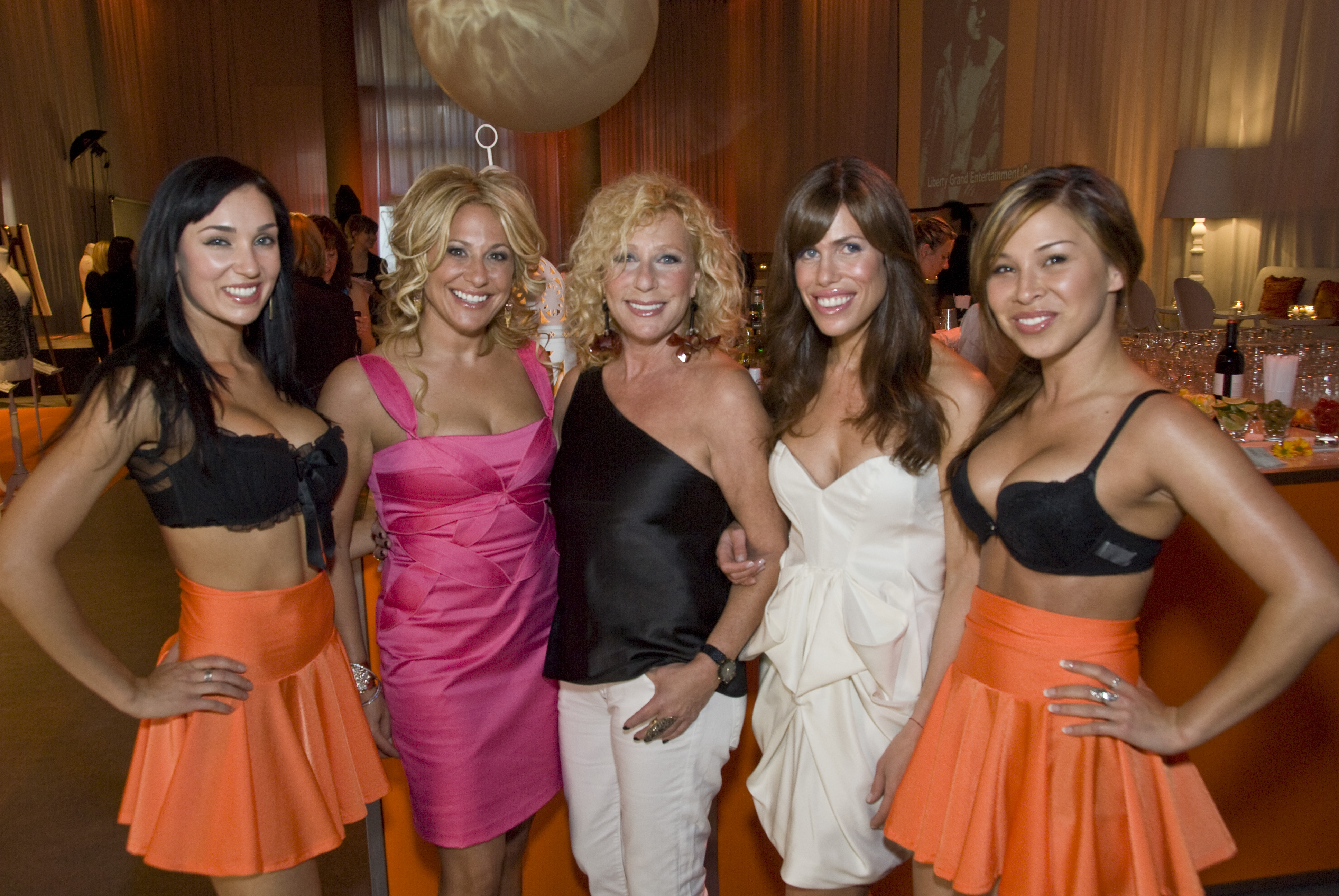 Simply Chic was presented by The Gerry & Nancy Pencer Brain Trust on Wednesday, May 20th, 2009 at The Liberty Grand Entertainment Complex, Exhibition Place in Toronto. A hip and fresh approach to Gala 2009, guests danced, dined, drank and delighted while experiencing a striking yet understated soirée which was undoubtedly- The Place to Be! Simple, Stylish and Stunning, Simply Chic brought together more than 800 patrons who partied the night away while raising upwards of $510,000 in net proceeds for The Pencer Brain Tumor Centre.

This success would not have been possible without the ongoing generosity of our sponsors and donors. Our heartfelt thanks goes out to all those who helped make Simply Chic such a smashing success! 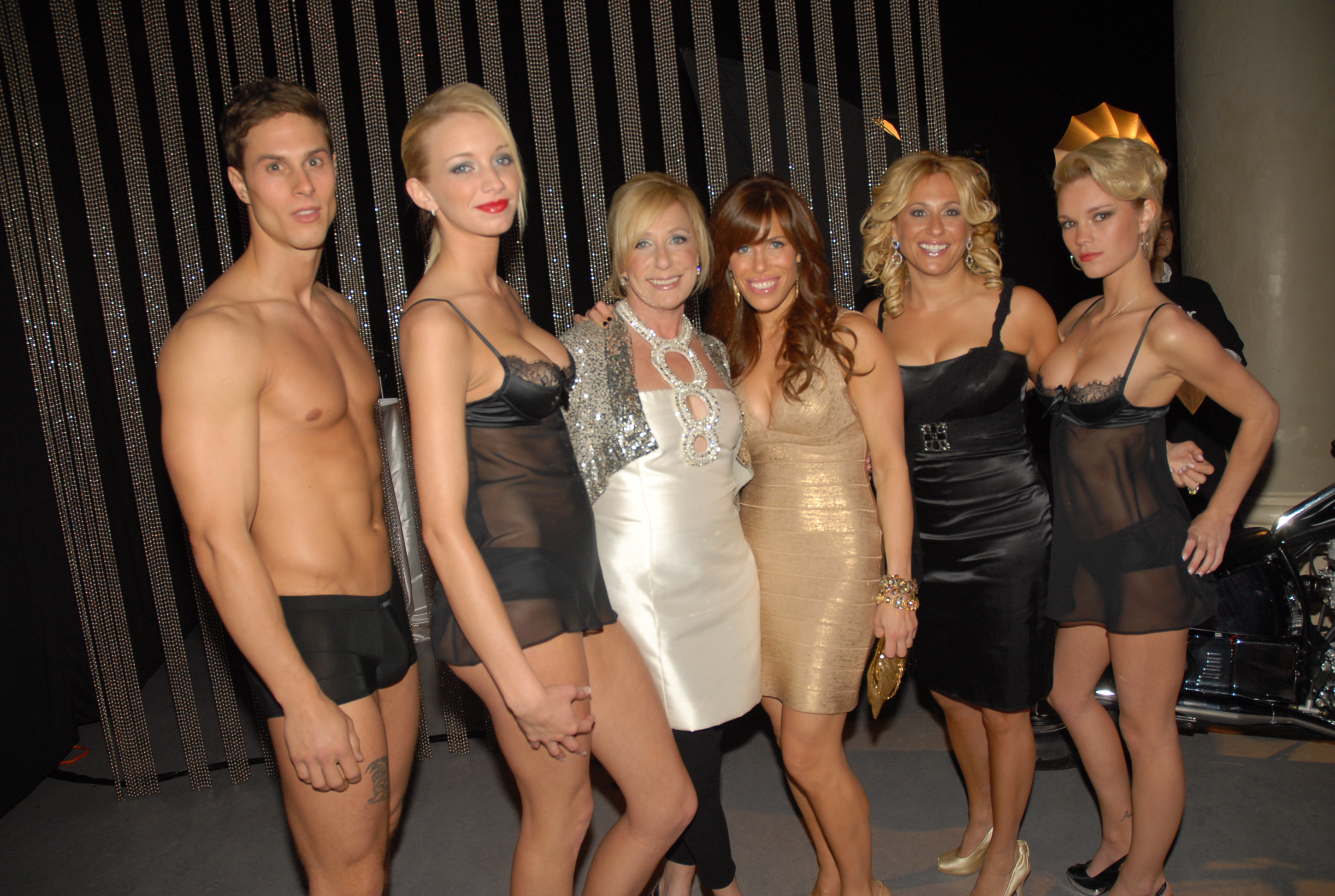 Sexy Sleek and Sumptuous…Noir was certainly this and more! On Wednesday, May 21, 2008 an energetic crowd of 800 plus unleashed their inner rock star and danced all night to a steady beat of sizzling dance music. The black velvet and lace décor was a feast for the eyes as guests entered an ultra-sleek oasis with a loungy vibe and night club energy at The Liberty Grand Entertainment Complex. The evening was an unforgettable experience and raised approximately $600,000 in net proceeds to benefit state-of-the-art treatment, research and support at The Pencer Centre.

This major accomplishment would not have been possible without the ongoing generosity of our sponsors and donors. Our heartfelt thanks goes out to all those who helped make Noir such a success! 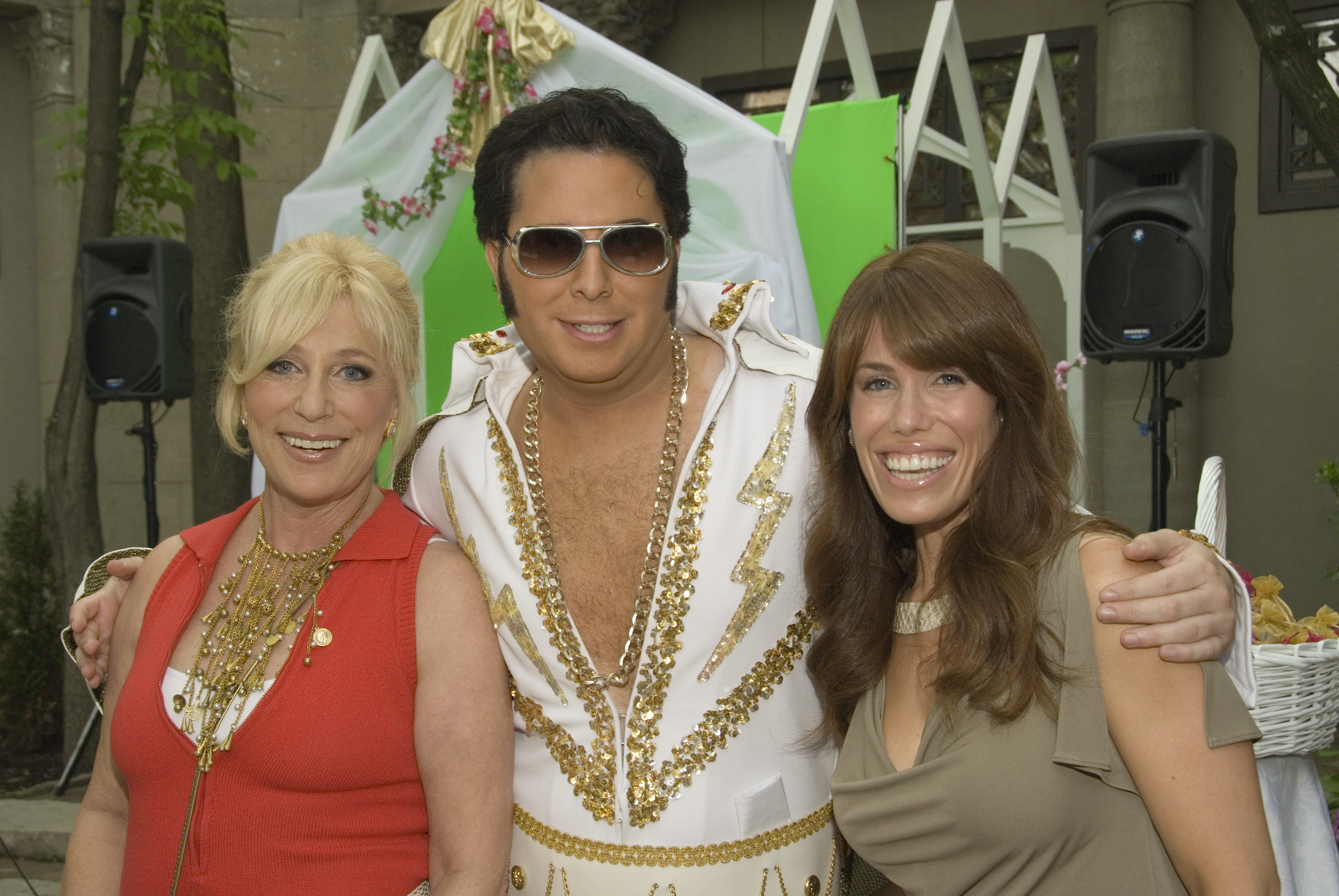 The thrill, the lights, the glitz, the glamour, the excitement! It was a ‘High Stakes Happening’ at Liberty Grand Entertainment Complex on May 31, 2007 as 1,000 patrons came together to party and raise much-needed dollars for The Pencer Brain Tumor Centre. Our high roller haven featured a Vegas lounge where guests tried their luck at the tables for a chance to win cash and watched the spectacular floorshow by Cirque-style entertainers Hangtime Presents and musical performances from The Anita Rossi Band featuring ‘The King of Rock ‘n Roll’ and other Vegas impersonators.

We are thrilled to report that our net proceeds for the evening exceeded our goal of $650,000 and will once again support brain tumor research and patient care at The Pencer Centre. 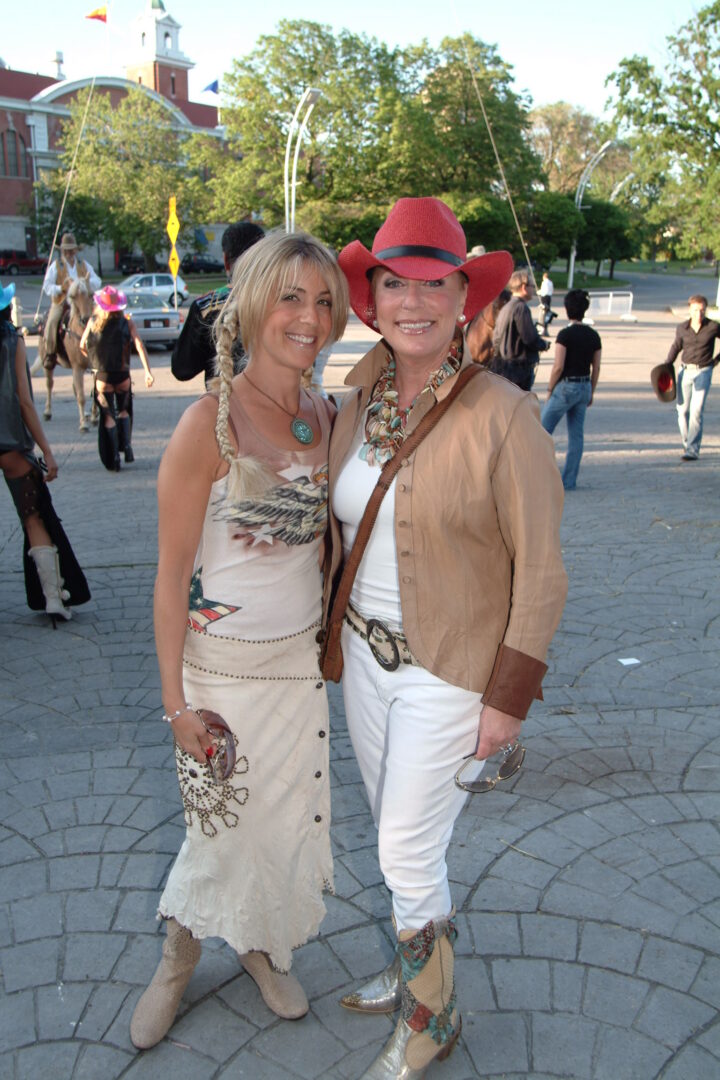 What a night!! On June 1st, 2006, over 900 patrons came out to Liberty Grand for a heel kickin', knee slappin' good time at Wild Wild West!! Undeniably, Toronto's Wildest Western Extravaganza, Wild Wild West featured a Coyote Ugly Style Saloon with 'hotter than hot' dancers on the bars; line dancing; gourmet BBQ fare, ice cold beer and mess hall; all new general store with a Western twist; 'Texas Hold Em' poker; virtual shooting gallery; live music by The Anita Rossi Band, Beverley Mahood & Lace and The Shania Show and much more- all in support of The Pencer Brain Tumor Centre at Princess Margaret Cancer Centre. All told, we raised over $500,000 in net proceeds and a great time was had by all! 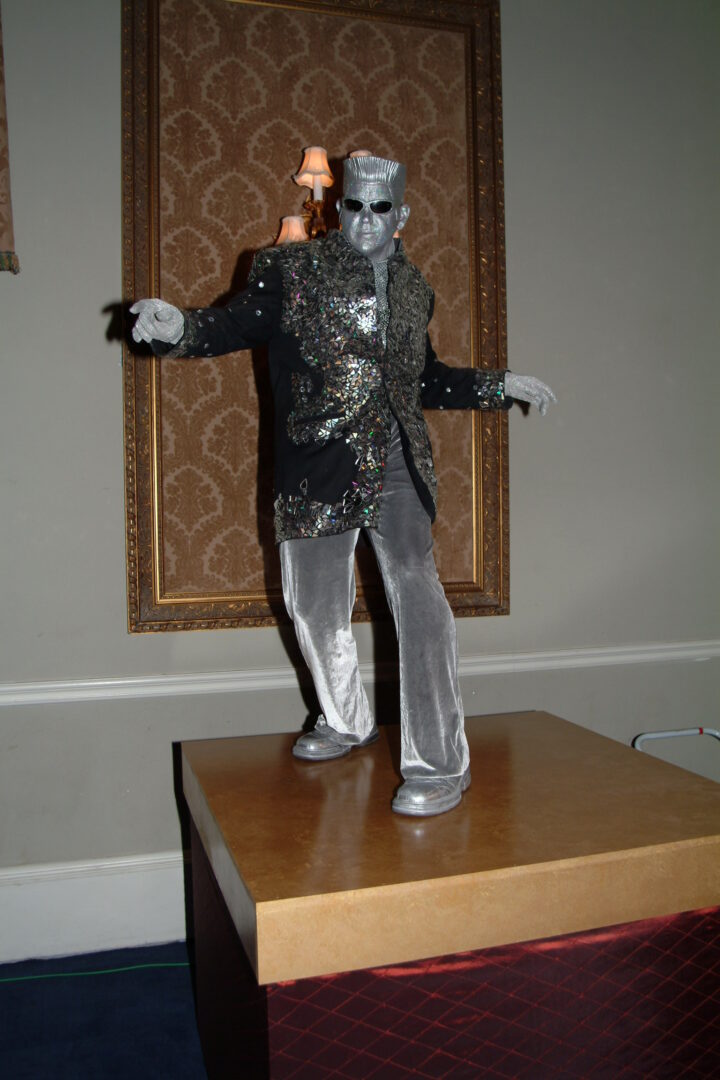 Sparkle was an undeniable success! On June 2nd, 2005, over 900 guests were transported to a shimmering world of fun and fantasy at Liberty Grand Entertainment Complex in Toronto. The stunning Governors’ Room was transformed into a sparkling crystal palace where guests dined on gourmet fare, danced to the sounds of The Travolta’s and DJ Aristotle and browsed the all-new outdoor market of silent auction items. Net proceeds of $525,000, once again benefiting the patients and families at The Gerry & Nancy Pencer Brain Tumor Centre at Princess Margaret Cancer Centre! 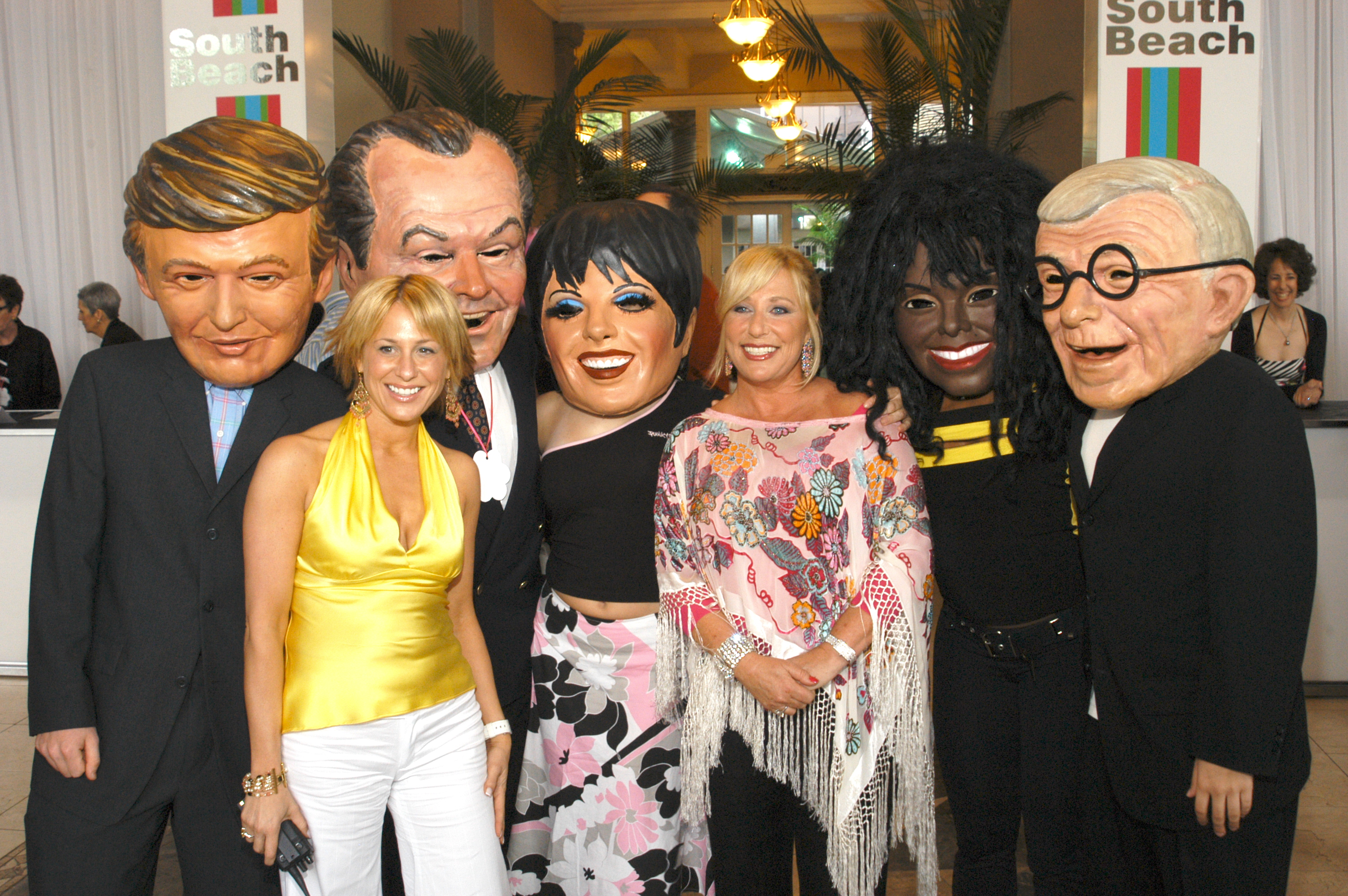 On Thursday, May 27, 2004, The Gerry & Nancy Pencer Brain Trust presented ‘South Beach’ at The Liberty Grand Entertainment Complex, Exhibition Place in Toronto. The annual gala hosted a wall-to-wall crowd totaling 1,000 where guests reveled in a sexy and sophisticated night reminiscent of the famous destination in Miami Beach. Evening highlights included: An Art Deco-style bar & lounge, Latin music and dancing, Tapas-style food, a spectacular silent auction and many surprises along the way. The evening net over half a million dollars for research and patient care at The Pencer Centre. 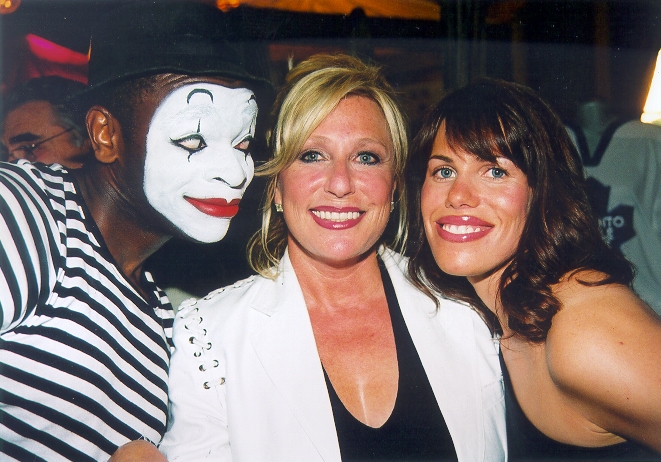 June 13, 2002, marked a major success for The Brain Trust as 600 guests joined us at Liberty Grand Entertainment Complex for our Circus Circus gala. It was a magical evening filled with 3-ring circus entertainment, elegant circus fare, silent and live auctions, and music by 2-time Juno award winner Carols Morgan.  We raised net proceeds of $750,000 (which included an anonymous one-time cash donation of $350,000) to benefit research and patient care at The Gerry & Nancy Pencer Brain Tumor Centre. On August 10, 2000 over 400 guests joined us for The Brain Trust’s very first gala, Play for a Cure, at Pladium Entertainment Centre in Mississauga.  It was an action-packed evening that included go-carting, mini golf, beach volleyball, rock wall climbing, and dancing the night away. Olympic, Paralympic, and World Class Athletes were on hand to offer ‘winning tips’ and host sporting contests.  We raised $200,000 in net proceeds for research and patient care at The Gerry & Nancy Pencer Brain Tumor Centre.

Head For A Cure

To date the Head For A Cure Team, led by the Patient and Family Advisory Committee, have raised almost $2 Million for The Gerry & Nancy Pencer Brain Tumor Centre over the past 14 years. They are putting on their running shoes again this year in the hopes of adding to this already impressive total!

Pencer Centre staff and patients, along with their families and friends, will walk proudly with many others who are part of the cancer journey.  Head for a Cure is part of the inaugural Journey to Conquer Cancer Run or Walk, offering family friendly routes of 5km, 3km and 1km.

To join us, please sign up today at www.headforacure.ca

Or, please consider making a pledge of support to someone already registered and help them reach their fundraising goal. All proceeds from Head for a Cure will benefit patient care and cutting edge research at The Pencer Centre.

To everyone who has supported our efforts over the years….THANK YOU!